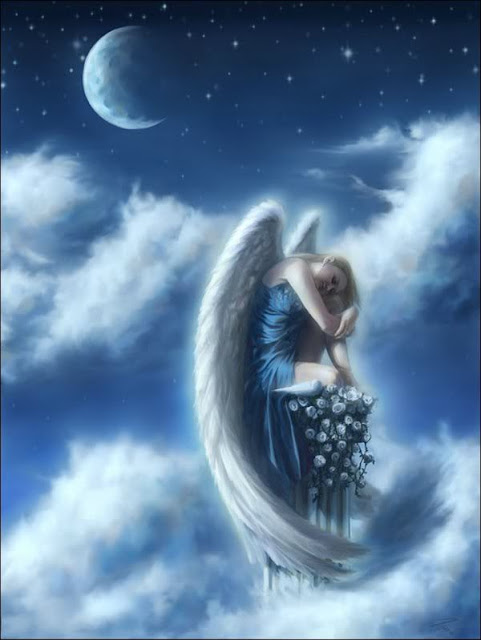 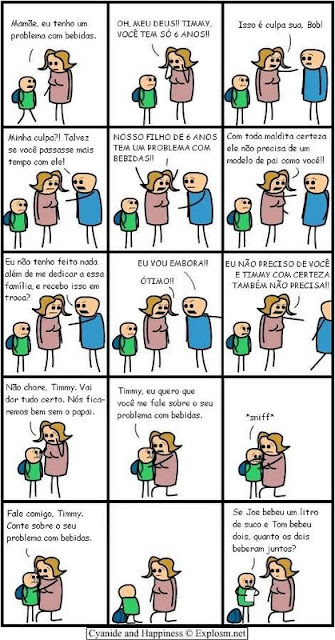 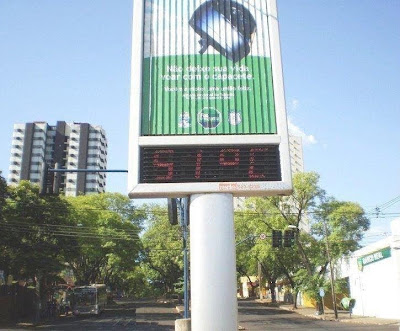 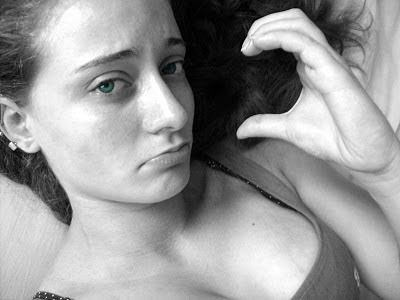 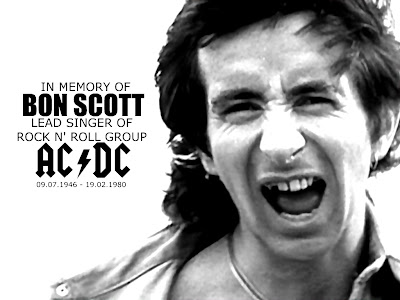 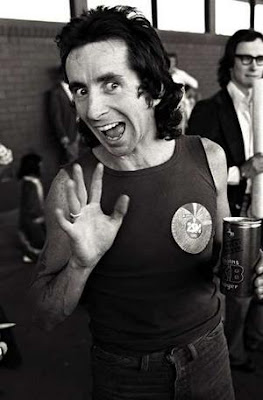 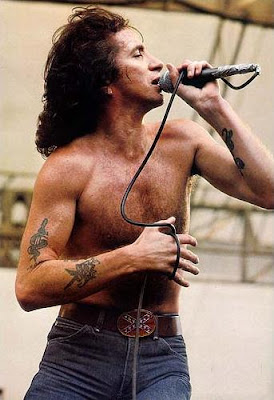 1946 - 9 July 1946, Ronald Belford (Bon) Scott is born in the Roods Kirriemuir, Scotland, low in the Highlands in the County of Angus, Southeast Scotland, to Isabelle Cunningham Mitchell and Charles Scott – Isa and Chick. 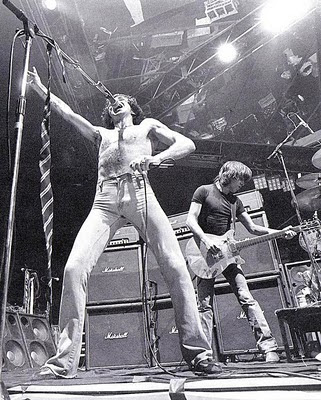 Kirriemuir is also the birth place of JM Barrie – Author of Peter Pan.

1952 - Isa and Chick, along with their sons Bon and his younger brother Derek (born 1949), migrate to Melbourne Australia. Bon attends Sunshine Primary School.

1953 - A baby brother for Bon and Derek arrives, Graeme Scott.

1956 - The Scott family move to Fremantle Western Australia.For the first year or so they live in a rental property in South Fremantle, until they find and purchase a house in Harvest Rd, North Fremantle.

1957 - Bon's father Chick works as a Baker. Once settled, he joins the Caledonian Society and The Caledonian Scots Pipe Band of Fremantle. Naturally, Bon tags along starting his musical career as a Drummer in the Bagpipe Band.

1958 - Bon and his brother attend North Fremantle Primary School, spending their spare time swimming in the Swan River, situated a short stroll from the end of their street.

1961 - After leaving school, Bon holds a number of jobs - on a cray fishing boat out of Fremantle; in a Market Garden driving a tractor; at the Egg Board as a store man; and as an apprentice at Avery Scales as a Weighing Machine Mechanic. He is awarded First Year Apprentice of the Year and it is noted that he is a diligent worker.

These medals were won by Barb Gurney for The Coastal Scottish Pipe Band WA back in 1962, 63, 64. An unknown Bon Scott was a member of that band and it is presumed that Barb would have competed against him in side drumming competitions.

1962 - Bon is in the Opening Ceremony at The Empire Games held atPerry Lakes Stadium. He is awarded Best Side Drummer and wins the Novice Champion for Drumming. Bon continues playing in the Pipe Band until he is 17.

In the early 60's, Johnny Young is well known for staging dances around town. Bon is a regular at Fremantle's Port Beach where Johnny Young’s Nomads would perform.

1964 - sees the formation of his first band, The Spektors with Wyn Milson and John Collins. Bon is the drummer and occasionally sings. The Spektors play at local gigs and stomps around town, including the Medina Youth Centre and Surf Clubs. Perth radio stations 6PR and 6KY also slot them into the rising music industries in WA.

1965 - Bon was working around Fremantle as a Post man.

1966 - Bon starts to get serious about his music.He and Vince Lovegrove, another well known Fremantle boy, who is still in the world music industry today, forms the band The Valentines. Vince was an early manager for Cold Chisel and The Divinely.

1967 – January the Valentines played to their biggest crowd to date of 3000 screaming teenagers at the Perth Supreme Court Gardens Torch Bearers for Legacy concert.Later that year they won Hoadley's Battle of the Sounds for WA In May they released their first record “Every Day I Have To Cry”. It made it to number 5 in the WA charts and life was looking good. 12th June was their lucky break. They played support act for The Easybeats at His Majesty’s Theatre Perth WA.This is where Bon’s professional relationship started with George Young of The Easybeats. George is the older brother of Malcolm and Angus Young and he is half of the Vanda and Young production team at Albert Productions, responsible for many of AC/DC’s seminal classics and also known for their Flash in the Pan work. The Valentines represented WA in the Battle of the Bands National Championships in Melbourne and came a close second to The Groop.Once returning from the eastern states they were given a record contract and moved to Melbourne where there were bigger crowds and more opportunities. They arrived on Black Friday 13th October 1967.Bon kept in close contact with his family and returned home at any opportunity.

1971 – 31st January Fraternity played The Australian Festival of Progressive Music at Myponga in South Australia. They were support act for Black Sabbath after Cat Stevens cancelled. On 8th April they supported Deep Purple on their Adelaide leg along with Free and Manfred Mann.In August they won the national Battle of the Sounds competition, Sherbet came a distant second place.In October they supported Jerry Lee Lewis at The Apollo Stadium in Adelaide.

May 1972 Fraternity left to tour England UK which would not last long.For the first 6 months or so Fraternity accomplished nothing. It would have been a better move to go to America like first planed. Late in 1972 they supported Status Quo in Bournemouth Odeon UK.

1973 - March, Fraternity changed their name to Fang, then played a few gigs as support act for Geordie who ironically had Brian Johnson (AC/DC current lead singer) as their front man. Those gigs are where Bon got the idea of carrying Angus on his shoulders - it was an early trait of Brian's from his days with Geordie. August 1973 Fang played their last gig as a band in Windsor England. After that they split up and returned to Australia. A 16 year old Jimmy Barnes (of Cold Chisel fame) stepped in on Bon's departure as front man in Fraternity early 1974.

1974 - Bon returned to Adelaide and began a day job loading trucks at the Wallaroo fertilizer plant. Bon stayed close to the music industry with Peter Head's band the Mount Lofty Rangers. It is through this band that the song Round and Round and Round originates. Late February Bon and Irene hadn't seen each other for six weeks since returning from London. One night after rehearsals, he went to Nelsons Wine Bar for a few too many drinks. A disagreement with a friend occurred and he took off at high speed on his motor bike. He was involved in a horrific head on accident that almost claims his life.Bon would be in a coma for three days. Irene remains by his side the whole time. Isa travels from Perth to help Irene look after him. When he recovers, Bon and Irene went their separate ways.They divorced in 1978 but remained in contact always 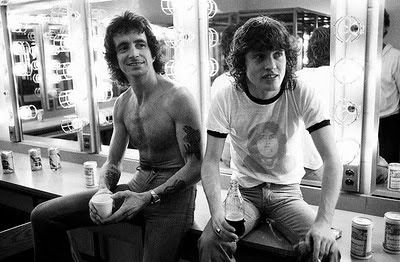 Through Vince Lovegrove Bon is introduced to Angus and Malcolm Young who are looking for a new lead singer for their band, AC/DC. They had just finished a 6 week residency at Beethoven’s Disco in Perth WA as opening act for the famous transvestite Carlotta.AC/DC’s original lead singer, Dave Evans, was not working out and so Bon is offered the job in September 1974.

1975 – April 1975 AC/DC made their first of many appearances on the Australian music program Countdown performing “Baby Please Don’t Go”.Throughout that year they cemented a legion of followers throughout Australian cities and country towns. Between 21st January and 31st December they performed around 170 odd gigs, sometimes two or three in a day

1976 – February 23rd The Australian Rock Anthem “It’s A Long Way To The Top” was filmed on the back of a moving flat bed truck driving down Swanson Street in Melbourne Victoria accompanied by members of The Rats of Tobruk Pipe band. 1976 would also see AC/DC introduction to the world with a extensive tour of the UK and Europe, starting in London in April and arriving back in Australia in November.

1977 – February 15th was Bon’s last official performance in Australia; fittingly it was at The Perth Entertainment Centre in his home town

On the 16th they left the Australian shores to re-tour and take up residency in London.In June they would briefly return to Australia. In May 1977 Mark Evans left the band and Bon, Angus, Malcolm and George Young performed a jam session at The Bondi Lifesavers before it was demolished. July they returned to the UK via their first American Tour starting in Amarillo Austin Texas. This was the start of their world wide fame.Only one album was released in 1977: "Let There Be Rock".

1978 – In April the heavy schedule of performing continued throughout UK, Europe and the USA. AC/DC releases "Powerage" and "If You Want Blood".

1979 – was another hectic year for Bon and the boys - extensive tours of the US, Europe and UK, from May right through to December 21st. A scheduled tour of Japan was cancelled due to visa problems.

1980 - 19th February. They had just started to reap the benefits of their hard work when tragedy struck in London UK. Bon was found dead in a car after a night out.His official Cause of Death is Acute Alcoholic Poisoning - Death by Misadventure. Bon was 33 years old when he passed away. 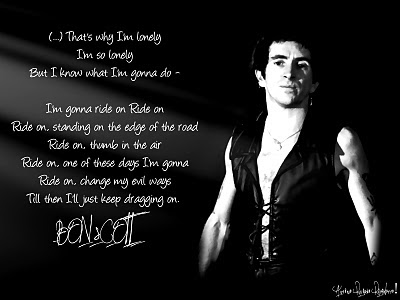 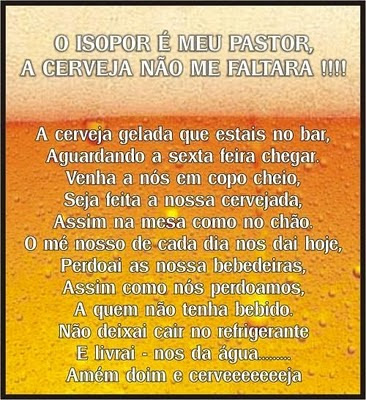 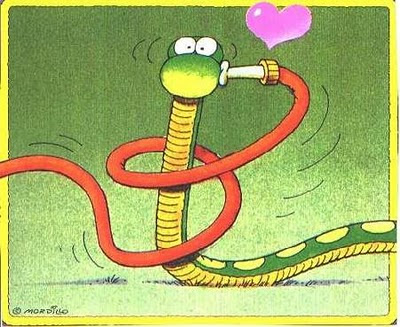 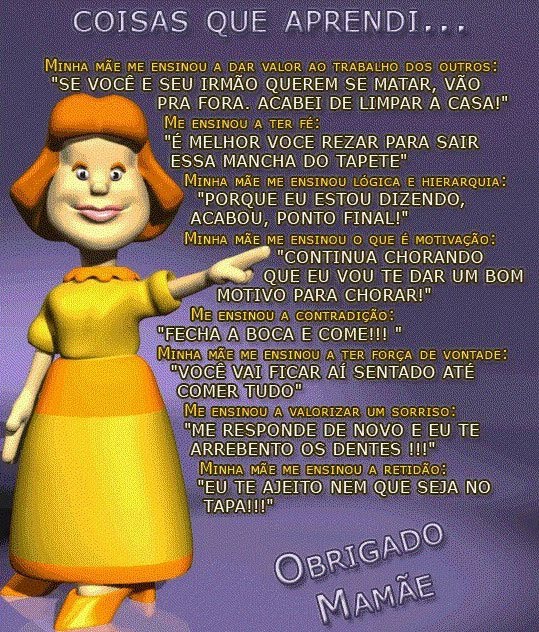 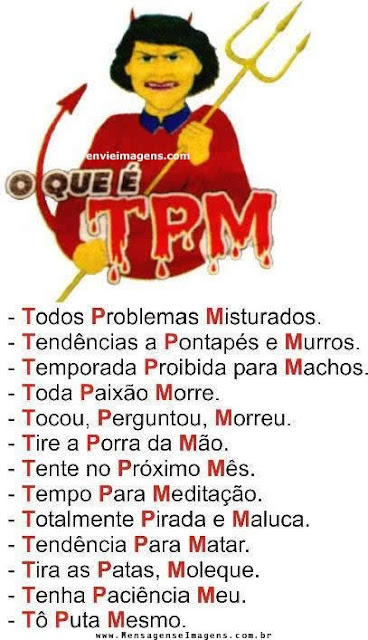 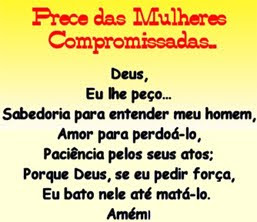 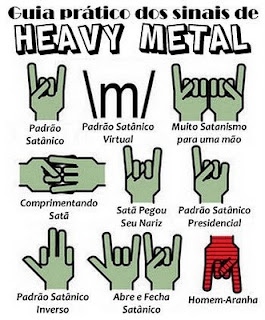 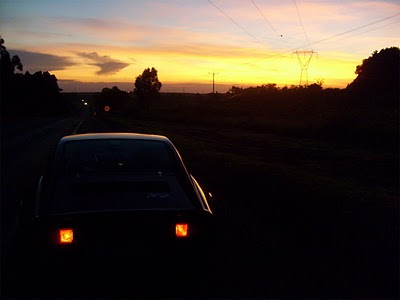 You Shook Me All Night Long
AC/DC
Composição: Angus Young / Brian Johnson / Malcolm Young
She was a fast machine she kept her motor clean
She was the best damn woman that I ever seen
She had the sightless eyes telling me no lies
Knocking me out with those American thighs
Taking more than her share
Had me fighting for air
She told me to come but I was already there
'Cause the walls start shaking
The earth was quaking
My mind was aching
And we were making it